Book of Condolence opens in Mullingar for Ashling Murphy (23)

A book of Condolence has opened at both Mullingar and Athlone Civic Centres in memory of Ashling Murphy. The Book of Condolence will be available for signing by the public from Friday, 14 January for one week.

The 23-year-old primary school teacher was attacked and killed on the banks of the Grand Canal in Tullamore on Wednesday afternoon. 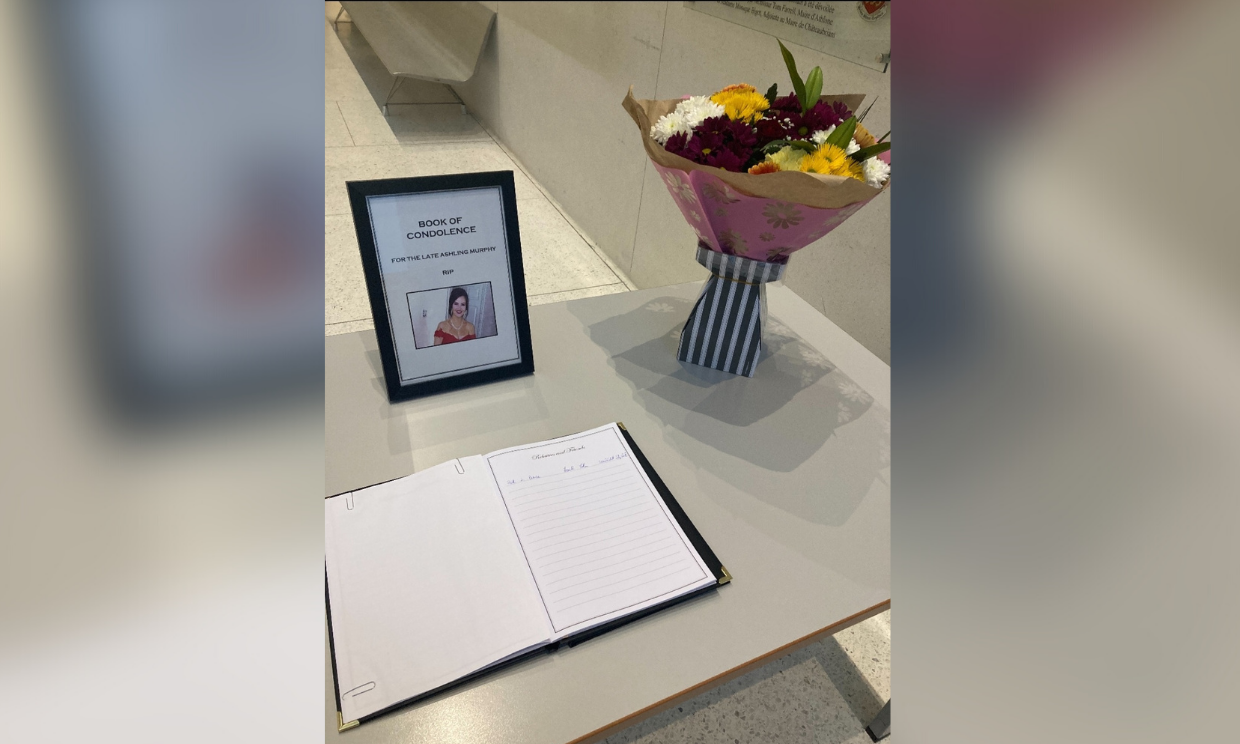 “I am just numb, shocked, saddened and angry with what happened to this young woman as she went out for her daily exercise after work on the greenway along the Canal in Tullamore and was attacked in such a vicious way,” stated Cathaoirleach of Westmeath County Council Cllr. Frankie Keena.

“This was a brutal murder of a young primary school teacher who had so much to offer in life through her professional career, exuberant personality and musical talents. The entire country is just stunned by this senseless and horrific act,” he added.

Gardaí investigating the murder have renewed their appeal for information. hey are particularly interested in knowing more about a Falcon Storm mountain bike with straight handlebars and distinctive yellow/ green front forks.

On Thursday evening, a 40-year-old man was released from Garda custody and declared no longer to be a suspect in the case. He had been arrested by Gardaí within an hour of the discovery of the body of Ms Murphy.

Book of Condolence opens in Mullingar for Ashling Murphy (23)

Picture Perfect: Work of local photographer to feature in calendar