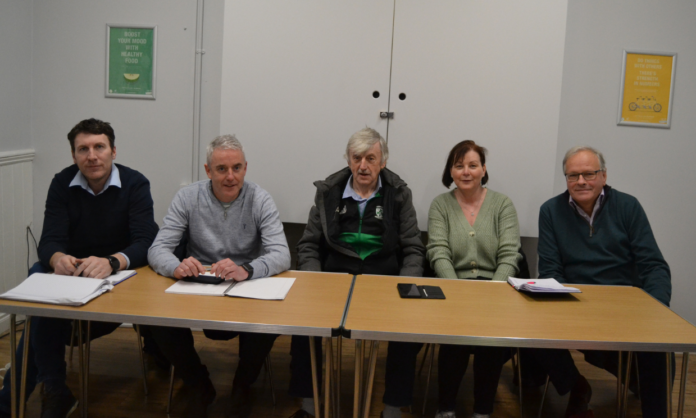 Monday of this week, 16th January, 2023 was the 70th Anniversary of the founding of Mullingar Shamrocks GAA Club. To honour the occasion the club held a special executive meeting in St Mary’s Hall Mullingar, where the club was founded.

At the start of the meeting Tom Hunt reflected on the founding of the club.

Monday last, 16 January, was a significant day in the history of the Mullingar Shamrocks GAA Club and the importance of the date was recognised by the staging a special executive meeting in St Mary’s Hall where the club was founded on 16 January 1953.

At the weekend, a special commemorative plaque was attached to the front wall to mark the historic occasion. At the time, there was no adult football club in Mullingar and footballers from the town played with the surrounding rural clubs or drifted away to play the dreaded ‘foreign games’ of soccer or rugby.