RTÉ came in for particular criticism from the outspoken CEO

Ryanair CEO Michael O’Leary has strongly criticised the delays in the rolling-out of vaccinations in Ireland, as well as the approach of both Nphet and RTÉ in their delivery of daily Covid-19 briefings since the pandemic began.

In a heated interview on RTÉ’s Morning Ireland on Monday, the Mullingar man called for the Irish Government to ‘get its act together’ on the vaccination programme, as he warned that Irish tourism won’t survive on “a bunch of staycations” in 2021.

“I don’t expect there to be a dramatic recovery this summer,” said O’Leary.

“On the back of the successful vaccine rollout programme in the UK, fifty percent of their population will be vaccinated by the end of March. Europe and Ireland needs to get its act together and catch up.”

On the issue of younger people becoming infected with Covid-19, O’Leary questioned the language being used by Nphet in their daily conferences, which have become major prime time television events since they began in March 2020.

“What does that number mean?: ‘Over two thousand (younger) people have been in hospital.’ Part of this is more of the Nphet mis-communication, trying to terrify the population. The reality is that the UK will have vaccinated fifty percent of their population (everybody over fifty) by the end of March. Ireland needs to catch up,” he said.

When presented with the view that Covid-19 was an international issue, and that it would be the end of Summer before the majority of the population were vaccinated, Mr. O’Leary replied: “We’re not looking at the end of summer. Stop making these false statements. If you have everybody over the age of fifty vaccinated, that should be readily done by the end of June, then there’s no requirement for any restrictions.”

Throughout the interview, RTÉ came in for particular criticism from O’Leary, when he continued to discuss the figures for Covid-19 among younger people.

“That should take place before the end of June if Europe and Ireland gets its act together and catches up with the UK vaccination programme. We should be out of these lockdowns by the end of June and RTÉ will have to move on and talk about something else.”

‘JAB AND GO’
With vaccination programmes underway throughout Europe, Ryanair launched a marketing campaign in January under the slogan ‘jab and go’, which resulted in thousands of complaints to advertising watchdogs, both in Ireland and beyond.

“The tone of it was perfectly correct,” said O’Leary to interviewer Adam Maguire.

“It was factually accurate saying vaccines are coming. We fully accept that Easter will be a write off-now because of that of the delay in the vaccine program. But by summer 2021 we will still see millions of people travelling to the beaches of Europe in July, August and September, when everybody over 50 will have been vaccinated and the risk of sickness hospitalisations and deaths from COVID will have significantly receded.”

“It was the right time to be saying that message. We need some optimism in Ireland instead of the daily doses of pessimism being delivered by Nphet and RTÉ. What we need is to look forward to a post-vaccination date, which should be in the second quarter of this year, when Ireland begins to roll out vaccinations. Nphet would do a much better job if it actually focused on vaccinations. If we dealt with the issue instead of just pandering to the misinformation coming out Nphet you’d get a lot further.”

“Irish tourism is not going to survive on a bunch of staycations. We need to welcome back European visitors. We also need to get away from the mass hysteria created by Nphet..”

On the issue of tourism, O’Leary cautioned that much more than a marketing campaign on staycations would be needed in order to save an already-damaged tourism sector.

“NOT GOING TO SURVIVE”
“Irish tourism is not going to survive on a bunch of staycations. We need to welcome back European visitors. We also need to get away from the mass hysteria created by Nphet on international travel, when the four counties in Ireland with the highest rate of COVID are the border counties. Most of the international travel that Nphet worries about is coming across the border with the north of Ireland. It isn’t coming on non-existent flights into Dublin airport.”

When asked if passengers would need to be vaccinated before travelling on a Ryanair flight, O’Leary gave a blunt assessment.

“No. We’ll be asking the government and Nphet to get its finger out and accelerate the vaccine programme in this country and vaccinate the higher risk groups, which is the only way we’re going to come out of Covid-19, not more failed lockdowns.”

Michael O’Leary’s attack on the Government, health officials and RTÉ on Monday arrived as Ryanair announced it may lose close to €1 billion in its current financial year, which ends on 31 March. 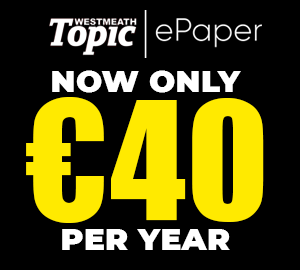 “Mullingar must be fully involved about future use of Barracks,” says...

‘Desecration of Donore’- “People’s trees being chopped down,” say residents