For many people, the search for the finest food is an incurable obsession. A delicious home-cooked meal can melt a stone-cold heart on a winter’s day. Expanding the culinary horizons is something we can all aspire to but, only a few of us will ever reach a professional standard. You need passion, dedication and a tremendous amount of talent to serve up a delicious meal to hundreds of guests, time and time again.

Tucked away on the outskirts of Mullingar and named after the sacred centre of Ireland is Uisneach Catering, a multi-award-winning local catering company established since 2001. This business has a growing reputation to make any sized event unforgettable with fresh and delicious food.

I recently spoke with Áine Gavigan, the unpretentious owner and executive chef of Uisneach Catering. We talked about the highs and lows of being in business for 20 years and about her new idea to take her kitchen to the open roads.

Áine’s mother Nancy came from a hotel background and had a great interest in creative cooking. “I think I got my cooking skills from my mother; I would watch her cooking in the kitchen for hours on end. So, at home, I’d experiment by trying to create different dishes for family and friends”

A few of her early years were spent working in a local hospital until she decided to take her career in a new direction. She attended Athlone Institute of Technology on a part-time basis, for three years, and completed a commercial chef course, a pastry course and a Diploma in Culinary Arts too.

It was evident that she already had a passion for cooking, but now possessed the formal qualifications and training too. It was when her employer the Austin Friar Hotel shut down, that she started to think about setting up on her own. Her ever supportive husband Ger, and many of her friends also offered encouragement and advice.

“I had been fortunate to work alongside some very talented people who taught me a great deal about the hospitality industry. Josephine Hughes, now of Mullingar Park Hotel, really gave me the experience and confidence boost that I needed. Josephine was a brilliant, kind and generous boss when I worked with her at the Newbury Hotel.”

In The Early Days
Thankfully, there was a lot of help about in 2001 for entrepreneurs. She got off on a strong footing by completing a start your business course with Westmeath Community Development. She mostly self-financed her start-up costs but did also receive some government grants and supports too. The catering aspect of the industry was where she saw a business opportunity.

“In the early days, I put adverts in newspapers and most of my business was through word of mouth. It may sound easy but it wasn’t. It took lots of hard work and perseverance before I got my first customer. Soon after, people began to recommend me and I was catering for a lot of private family gatherings. Sometimes I’d be working seven days a week and up till 4am preparing the food. The food had to be freshly made using the finest local ingredients as I buy from local suppliers as much as possible.” 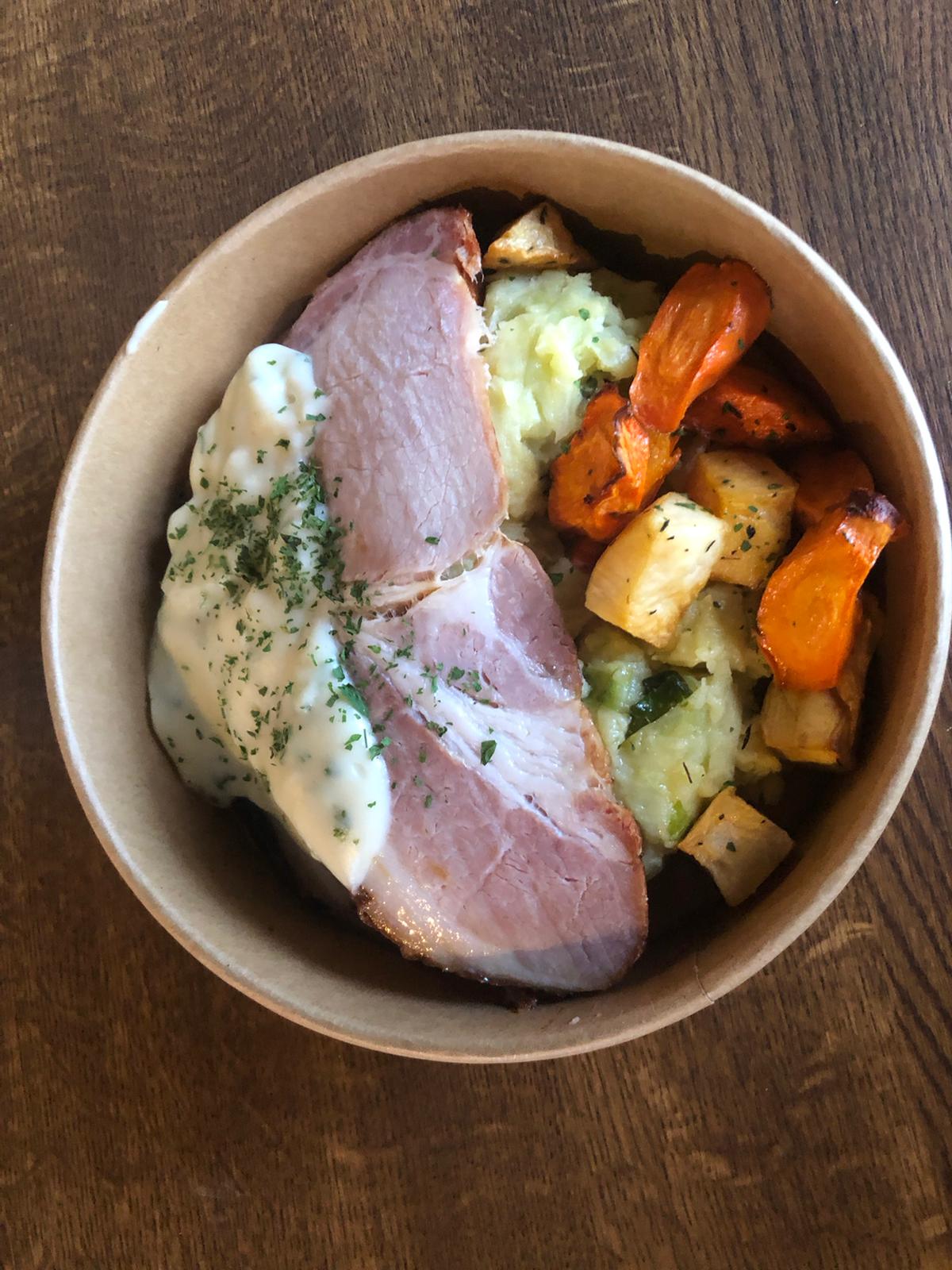 The phone wasn’t just ringing for private family gatherings. She recalls how she won over the clients too, often competing with other larger catering firms.

“A lot of the companies rang me; I didn’t have to go chasing them. But I still visited each company by myself to pitch for the contract. The thought of going in, sitting down with someone face to face to sell my catering service became easier over time. The more I did it, the easier it became. Nevertheless, it was nerve-racking for me. Providing good home-cooked food was a great selling point. Many people were very surprised that even the cakes and desserts were home-made and not mass-produced in a factory somewhere.”

“One of our first projects was a big function for the National Irish Bank for 100 people, doing canapés. The canapés to this day are still painstakingly prepared from scratch. To ensure that the food was always freshly prepared and transported, she focused on potential customers in Westmeath, Longford and Offaly, with the odd client elsewhere. As the business grew, her husband Ger joined the company and that was followed by the hiring of Uisneach Catering’s first employee. Áine believes that she wouldn’t be where she is today without her excellent staff. 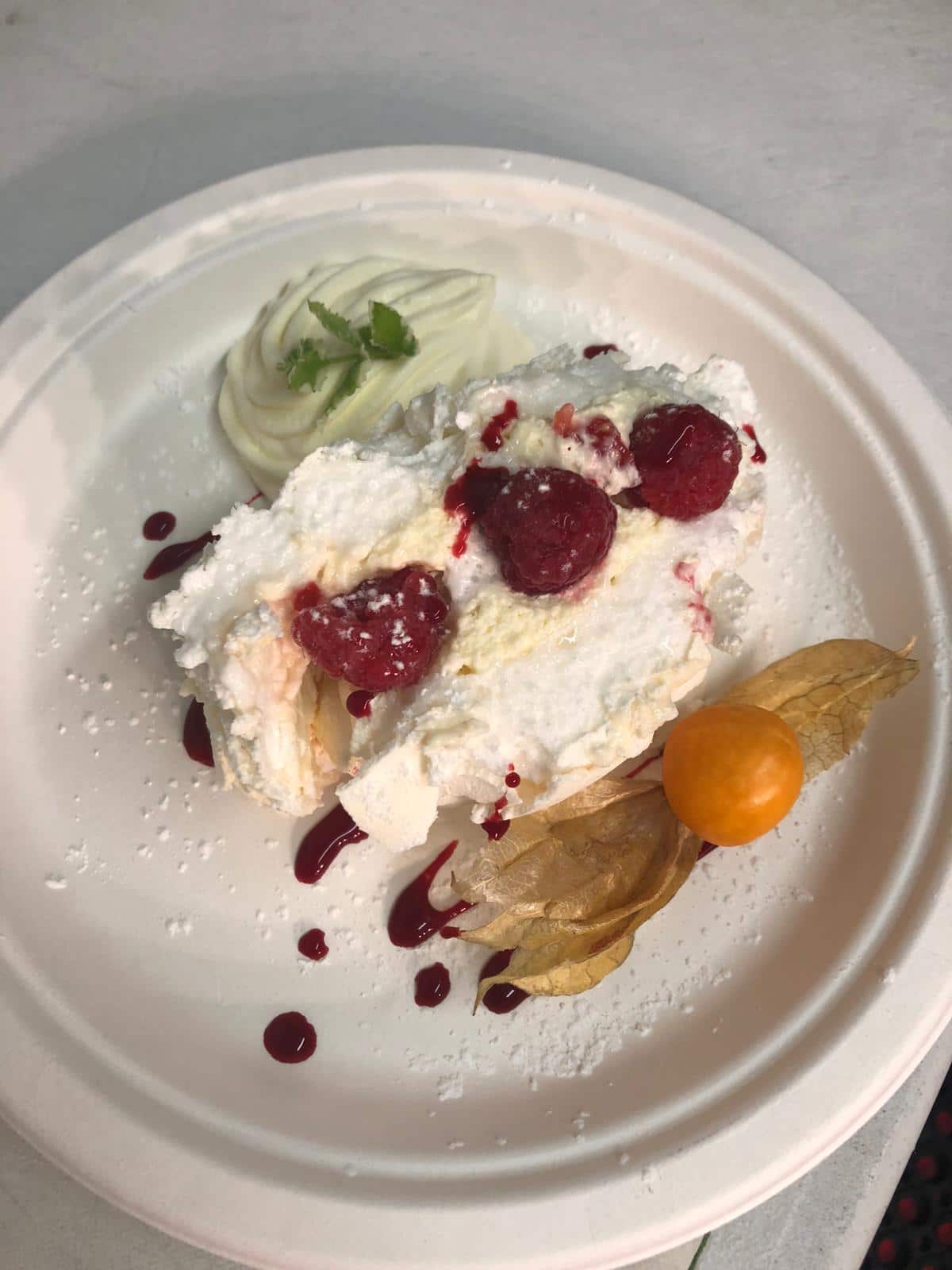 Wider Recognition
Uisneach Catering was nominated for Irish Caterer of the Year 2018 and she recalls the moment the winner was announced.
“It was lovely to get the nomination but I didn’t think I had a hope of winning it. Also, it was in Dublin and I wasn’t sure I wanted to even go. I remember that I was just sitting there and suddenly my name was called out! I was petrified having to make an acceptance speech on the stage. It was so exciting and we got a load of publicity from it”

COVID-19
A full calendar of events had been booked for 2020. This included catering for weddings, communions, confirmations, birthday parties through to big glitzy corporate events. On 13 March, 2020, that all ceased. The business was hit very hard by the lockdown. “It was so surreal and suddenly there was no cash coming in. The Government were very good though and the Pandemic Unemployment Payment (PUP) was a lifesaver for all of us working full-time. Without it, everything we had built over two decades could have crashed and gone.”

During the lockdown, Áine found her Westmeath Local Enterprise Office team to be invaluable. They supported her with lots of mentoring sessions over Zoom.

As the national lockdown eased some small events were allowed to go ahead which was good news for the business. “In mid-July, a bride phoned me desperate for somebody to do the catering for her wedding at her parent’s home. The wedding had already been cancelled twice. So, I agreed to do the catering and the wedding finally went ahead at the end of that month. The business for us is slowly and surely picking up. All the cancelled weddings are being rescheduled for next year now. I hope things will change and that a vaccine is found very soon. It’s so strange going into houses with masks and visors on.” 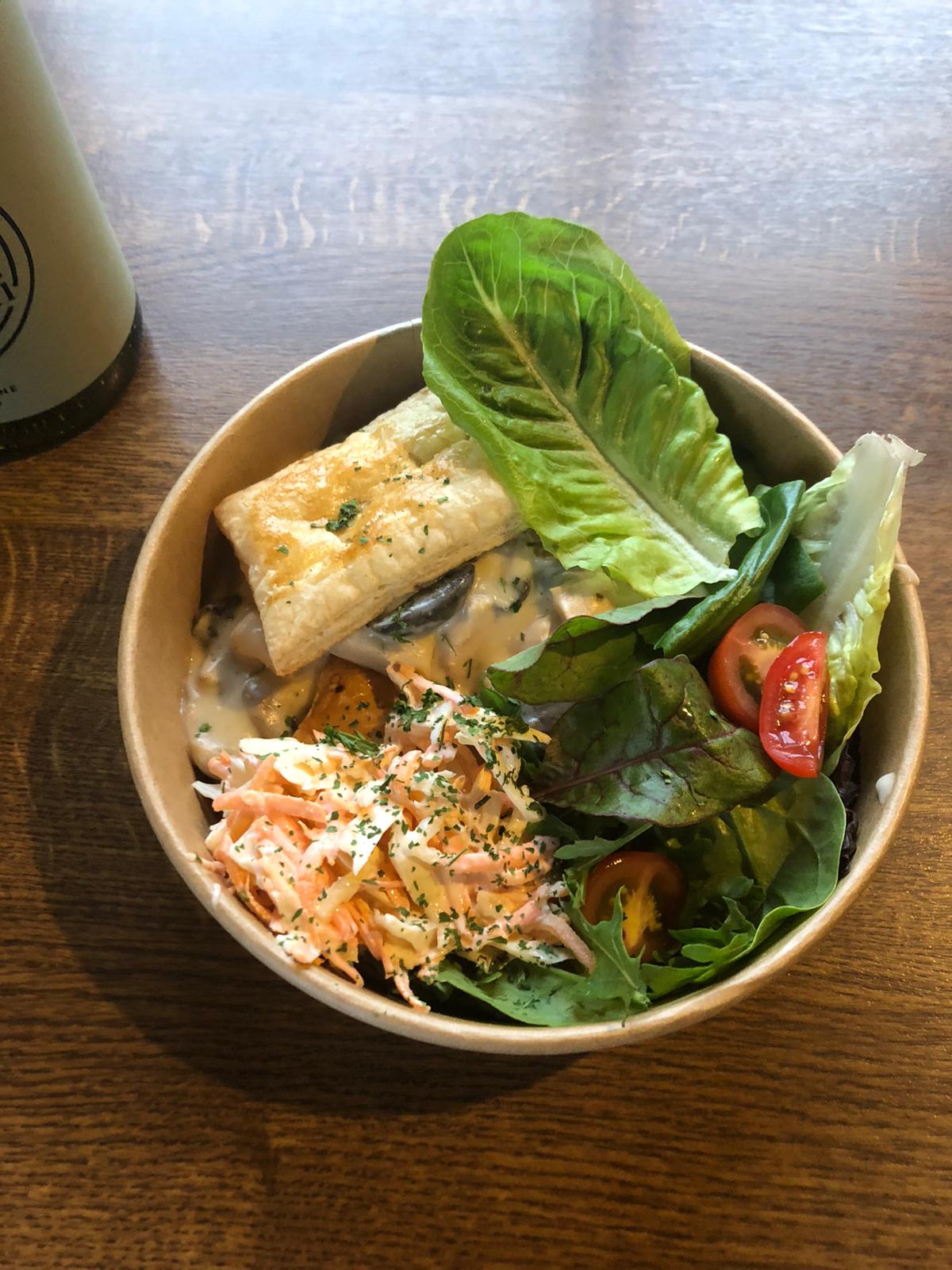 Pivoting The Business
Businesses in Westmeath have had to adapt their business strategy to ensure their long-term survival. The Uisneach Catering logo is now truck emblazoned on the side of a 24-foot truck that has a fully equipped kitchen on board.

“For the last five years, my husband has wanted a food truck. During the lockdown, he decided that it was the perfect time to get one. So, with some research, he found a truck and we both travelled to Cork to view it. Once I saw it, I could see the potential. It had a kitchen on board. The previous owner had it for burger and chips but I had bigger ideas like a pop-up restaurant.”

She explained that the truck can take her kitchen to the site – wherever that is. The team now don’t need to go into people’s houses and can ensure that social distancing requirements are met.

“Last weekend we catered for the Irish Open Pitch and Putt Championship which was held at Lough Owel, Mullingar and that went very well. Everybody, there was delighted with the food we served.
Also, we have recently partnered with Fox’s Bar & Grocery in Loughnavalley to do a pop-up and serve food each Friday and Saturday evening for the pub. We have a full industrial kitchen on board the truck. It makes catering for large groups so much easier.”

Áine’s three grown-up children all live abroad. Her daughter works in Dubai as a teacher and her two sons are in Melbourne. One son is a carpenter, while the other son is a chef.

“I’m thrilled that one of my children is following in my footsteps” she enthused.