Opinion: Question procedures and systems before jumping to the conclusion that it’s the people who are at fault 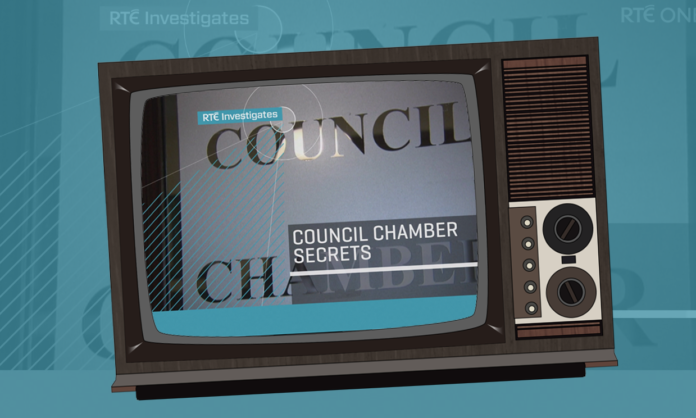 Last week’s RTÉ Investigates: Council Chamber Secrets on RTÉ television focused on some of the country’s local authorities activities, mostly to do with planning decisions and finance. It was, as we have come to expect, a professional production but it generated a number of questions.

The programme had a very broad brush indeed, but in its allotted time, it could never have done justice to our local authority system; indeed, that was not its remit anyway.

What we feel is a danger, or certainly an unfortunate consequence, is that people may feel their local authority (say, a county council) cannot be trusted or is ‘run’ by people who have their own agenda – staff and those elected to office.

Our own years working with local authorities and councillors leave us with a very different picture; were we to talk of the two we know best, at this time, it would be the county councils in Westmeath and Offaly.

In truth, and in objective terms, they are two of the most professional organisations we’ve encountered. They are staffed by people who go to work every day with the intention of doing their best – for their jobs and responsibilities, their departments, the people (public) they serve, the public representatives, their management.

As professionals, those councils include, as staff, some of the finest and most talented of their peers. They could work anywhere; they choose to work for their local authority. They could serve employers in the private sector, but instead choose to work as public servants.

We have never met an incompetent councillor, nor one whose motives were questionable, nor one who was anything less than honest and genuine. And we have met a a lot of them.

The standard of work that is expected of them is no less than you would find in the private sector and is usually higher because local authorities are some of the most audited and checked organisations in the country.

The management of those councils also includes people who would excel in the private sector – managers who are highly qualified, but who are also highly motivated and are motivated by their own desire to serve people.

So certainly, we can sit back and criticise decisions and policies (and in newspapers, we often do that), but should hesitate before questioning the people who are the living, breathing side of local authorities. These remain honest, professional, talented and willing public servants. They may not make what proves to be the ‘right’ decision every time, but then, who can do that?

Councils are not infallible, mistakes will be made, some can be tripped up by forensic auditing which reveals something wrong; if so, blame the system or the procedures. It is unfair to immediately assume it’s the people who are at fault.

We should be content that, in this country, some of the finest people you could hope to meet work for local authorities or are elected to serve on them. And if you doubt that, look around at other countries – and you won’t have far to look – to see poor behaviours by people and institutions that are as rare as hen’s teeth amongst our public service providers.

Perhaps some TV programme will investigate that.

If you have an opinion, we want to hear it. Your name and address must be supplied for verification purposes. Lengthy contributions may be edited for reasons of space.