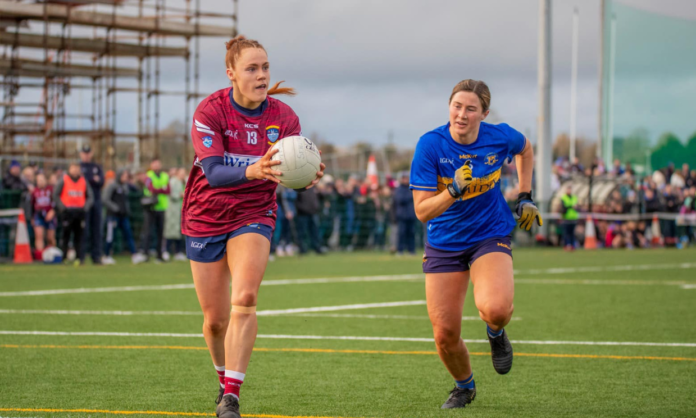 The Westmeath ladies were unfortunate to come away with nothing, after a two-point defeat to Tipperary in their opening round game of the Ladies National Football League Division 2 campaign, played in Fethard Town Park, Tipperary, last Sunday afternoon.

Injury time points from Cliona O’Dwyer and the returning Aisling Moloney helped the Munster side to a hard earned win.

It was a victory Tipperary just about deserved as they created the most chances but their wastefulness, particularly in the first half gave Westmeath traction, including conceding a very soft goal which gave the Midlanders a two point half time lead, 1-6 to 0-7.