Westmeath edge past Antrim by two points in niggly affair 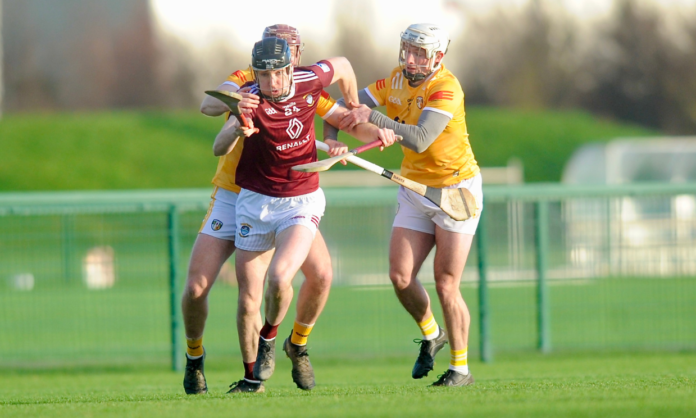 Westmeath senior hurlers bounced back from their defeat to Galway to record a hard earned two-point victory over Antrim in this Walsh Cup second round game played at Abbotstown, Dublin, last Saturday afternoon.

Overall this was a good work out for Westmeath even if the contest was low scoring and a very feisty affair.

While it was clear that both sides wanted to win and not an inch was conceded by either team, there were a few too many altercations and off the ball incidents for this to be a fast free flowing game of hurling.

Perhaps this was good for Westmeath as it proved they were able to mix and match it with their opponents and still come out winners.