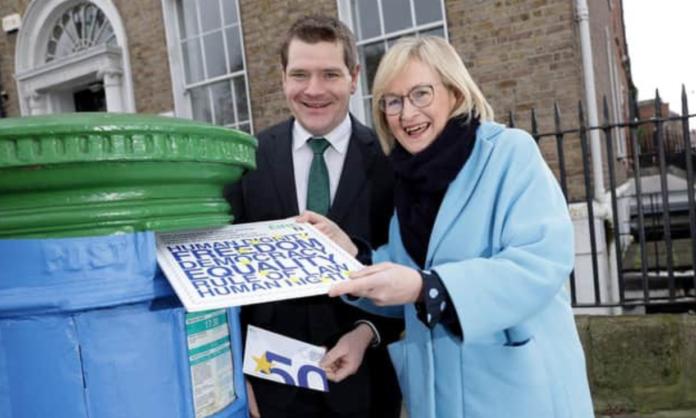 The stamp design by renowned Irish designer Ger Garland features the flag of what is now known as the European Union (EU).