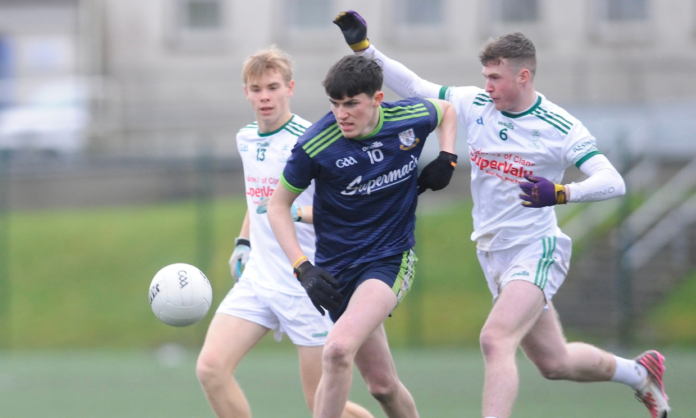 Moate Community School scored 4-7 in a second-half blitz as they blew away the challenge of Scoil Mhuire Clane in this Leinster Colleges Senior Football A Preliminary Round game played in Lakepoint Park, Mullingar on Tuesday of last week, 10 January.

There was little sign of Moate CS winning by a massive 19 points when they only led by six points at half-time, having played with a very strong wind behind them.

Most observers were wondering if a six point lead going into the second-half and playing against the wind would be enough, but Niall Daly’s side produced a superb scoring spree to knockout the Kildare college and advance to the Leinster quarter-final.