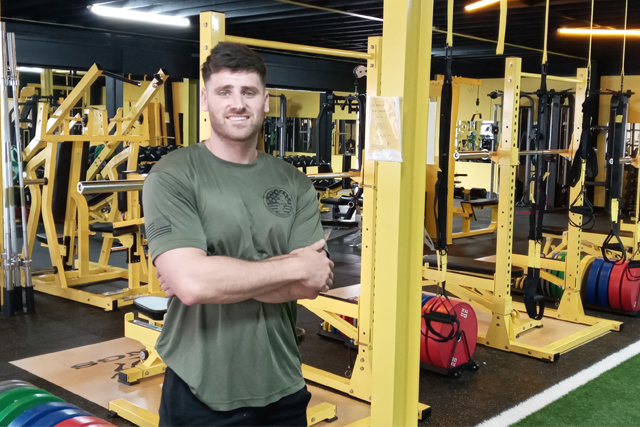 Not everybody can be an entrepreneur, not everybody can make it. The skills that you need to run your own business can’t all be taught in school. Nor can they be acquired simply by reading books about billionaires.

You don’t have to drop out of college, nor do you need lots of money to make money. In fact, the best entrepreneurs start off with next to nothing, because they have to. The defining characteristic amongst all successful entrepreneurs? the ability to create products that everybody wants.

Some entrepreneurs stand shoulders above the rest. For these people, academic success is irrelevant because they already have the natural instinct for entrepreneurial life.

These individuals have a clear vision for their business and possess a gut instinct that rarely lets them down. They can handle the pressures of daily business life and can expertly read people in almost all situations, the way that a very good salesman does. Often, some of these natural born winners’ lives will have been touched by personal tragedy. But they will use the pain, hurt and suffering as a driving force to help others.

Shane Flynn of NGS Fitness in Mullingar, watched his father slowly die over a period of 11 years from a very rare and incurable disease called Multiple System Atrophy (MSA).

What started out as a conventional health and fitness business for Shane, evolved into a unique clinic that now provides an array of specialised treatments and rehabilitation for children and adults to live a pain free and active life.

MSA is a disease that leads to premature death and affects around 3,300 adults in the UK and Ireland. It causes brain cells to shrink and affects balance, movement and automatic functions like blood pressure control, swallowing and speech. MSA can sometimes be mistaken for Parkinson’s Disease. 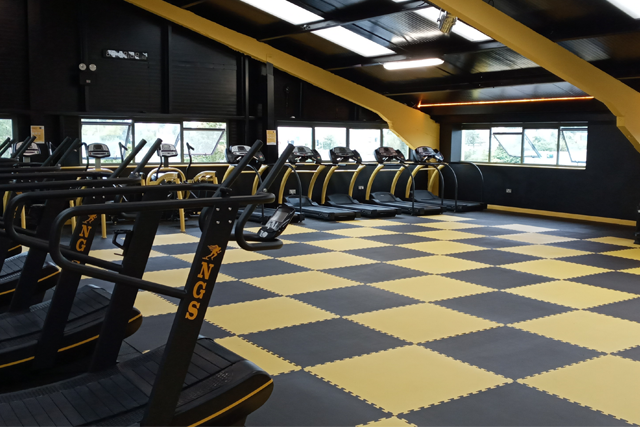 Flynn grew up in Mullingar and has played football with Mullingar’s St. Loman’s GAA club since he was eight years old. He started his initial fitness business in 2012 after finishing a BA (Hons) degree in retail and services management at TU Dublin.

“I had my degree during the day time, and then I would study strength conditioning at night. Half way through the four-year course, I realised that I didn’t really want to work in an office environment. The fitness industry had just always appealed to me and I was very good at doing free fitness plans for people. So, I decided to give it a go professionally after I graduated”

Flynn started off his business with €700 that he borrowed from his cousin in Australia and purchased 10 Body Pump bars with it. He also received a small grant from the Gaelic Players Association that paid for the printing of 1000 flyers and the set-up of the business.

Flynn relocated his business to the Mullingar Business Park in 2012. He explained that there wasn’t a massive amount of gym equipment or a fit-out budget at his disposal, so everything was basic. He described those early days of having to worry about the overheads while needing to manage the day-to-day running of what was becoming a popular local business:

“Moving to my own premises was the real leap for me, I had a lot of ideas that I wanted to try and do, and needed my own place. I hired staff but it was actually much tougher back then. It took a while to adjust to all the new overheads and money going out. I would think that we were doing well during the first part of the year, then the bills would come in. I learned to curb my costs very, very quickly.”

Flynn says that his business grew exponentially from the new location. He soon developed a range of products and services e.g., fitness classes, providing personal training and rehabilitation work. Also, he worked on body transformations with both individuals and groups.

In 2017, Flynn won a €5,000 runner-up prize when he entered the Ireland’s Best Young Entrepreneur competition. He used his entire prize money to buy a revolutionary 3d body scanner that gave him and his team the ability to accurately pinpoint the cause of a pain/injury. This was one of the investments used in order to grow his business and find a niche in a particular market.

The Shift To The Neurological Side
“I had watched my father suffer and deteriorate from MSA for years. His death triggered me to shift a lot more into the neurological side and I took the relevant course that I needed for this approach.”

Flynn had witnessed first-hand what the traditional approaches to pain relief for conditions such as MSA were – the good and bad. He realised that by treating the body as a single whole piece – he could get to the root cause of pain, especially when everything else failed.

“My father had a background history that no one treating him found relevant. He suffered from heartburn for pretty much all his life – things that get commonly overlooked in normal people’s nutrition, but when you start to study a little bit deeper you begin to realise that there may be a link between that and the nervous system.

My father donated his brain to science and they found one little adhesion in the base of the skull which easily could have been a knock that happened to him 20 years before he developed any MSA symptom.

So, these things can develop and so on unless they are thoroughly investigated. On a daily basis, our clinic will take about 16 people from Kerry, Cork and from other parts of the country. We even had a Pro MMA athlete travel from Dubai for hip injury.” 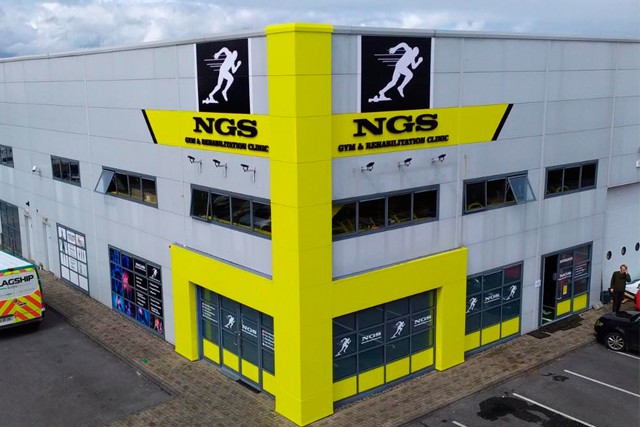 Recently Flynn has been working with small children that have walking difficulties and are rapidly deteriorating in health, and his system which is based on the human kinetic chain has been returning their walking gait to normal function.

He has the first audio visual treatment room at NGS that provides a tranquil experience. Significant scientific studies show this therapy to combat anxiety. It works with the nervous system creating an extremely relaxed mind, after just one session.

Flynn’s clinic is also attracting interest from established manufacturers, “I’ve just been made ambassador for a German company called BEMER who have sponsored me three blood circulation units which have shown ground breaking results on a variety of conditions.”

Flynn employs a multi-disciplinary team of seven people, which includes a dedicated nutritionist, and together the team delivers a holistic approach to treat and educate a patient.

“People will come in quite deflated and the injury is beating them…it’s about flipping that mindset around to tackle it from every angle – the physical and the mental.”

During the national lockdown period, Flynn and the team totally redesigned the entire building. He sold all the old equipment and replaced it with some of the smartest fitness technology available on the market.

There is a smart, sumptuous feel to the building thanks in part to the black and yellow theme that is boldly visible even from outside the building as you drive along the Mullingar Business Park.

“People come to us are after exhausting a lot of other treatments, specialists and surgery. We provide a three hour service and lots of client testimonials can be viewed on my Instagram: Shaneflynnfitness.”

Flynn’s father was only 60 when he died. He had originally been told that he would be in a wheelchair within two years and be dead within five. Flynn’s father survived 11 years.

He was a fighter and fought the odds for a very long time. There is no doubt whatsoever in my mind that he is proudly looking down from heaven at his son, extremely proud.