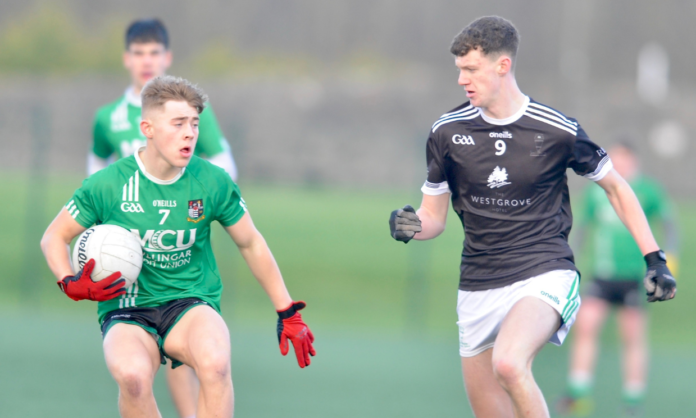 Leading by 2-7 to 1-5 with just over five minutes remaining Coláiste Mhuire, Mullingar must have thought they had this game won but to their credit Scoil Mhuire, Clane pounced to score two late goals and a point to clinch victory from the jaws of defeat.

There was certainly an exciting finish to this North Leinster Colleges Junior Football ‘A’ Championship game played in Lakepoint Park, Mullingar on Thursday afternoon last, 12 January, even if the result went against the home side.

Coláiste Mhuire Mullingar led at half time by 2-3 to 1-3 but really the home side should have led by a greater margin considering the amount of possession and chances they had. In the end their failure to convert these chances and pull away from their dogged opponents cost them dearly.