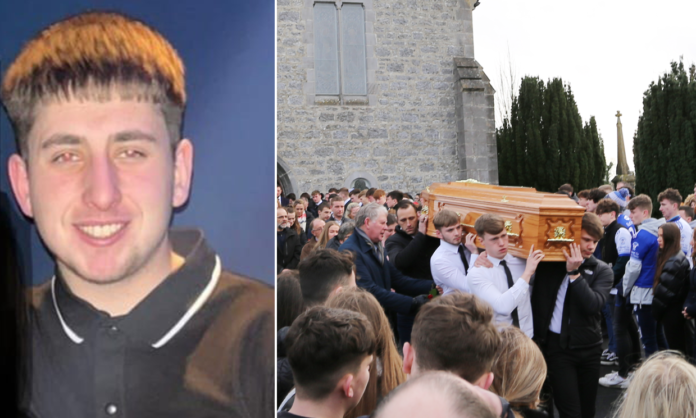 A minute’s silence was held in remembrance of Colm Murray at the Mullingar-Kinnegad Municipal District meeting last Monday, 9 January.

It was proposed by district Mayor Hazel Smyth who was one of a number of local representatives who paid tribute to the young man (20) following his tragic death on 2 January.

Cllr Denis Leonard noted that his son was a very close friend of the deceased and he knew the family quite well.

“His exploits on the football field are remembered fondly including for the two fantastic points he scored against Garrycastle to rescue a game and on the hurling pitch at Raharney.

“I do want to say that Colm Murray will be remembered in 20, 30, 40, 50 years’ time as a gifted hurler and footballer, but most importantly as an absolute wonderful human being.  We thank God for his life.”

Previous article
Countryside property offers privacy, space and perfect location
Next article
We’re hiring: The Westmeath Topic is looking to add to its team of reporters