All-Ireland U20 champions return to action 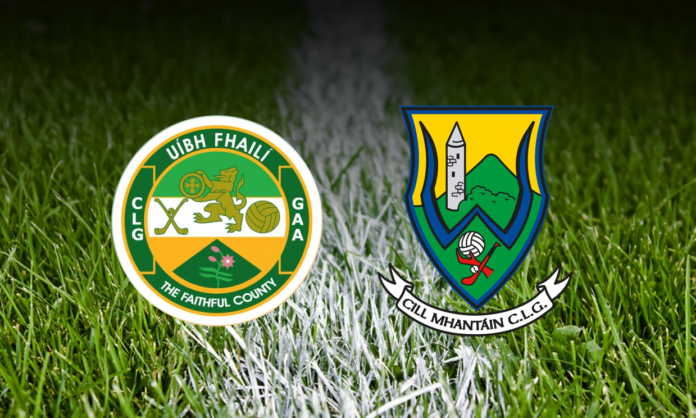 The Offaly U20 footballers will play their first game since last August’s famous All-Ireland final victory over Roscommon when they joust Wicklow in their first game in the 2022 Liam O’Connor Cup at Faithful Fields on Friday evening.

It will be followed by another home game against Clare on Saturday week, February 26 and a trip to Limerick on Saturday, March 5, with the top two teams contesting the final. Named after the late Offaly 1982 All-Ireland winning full back, the Liam O’Connor Cup is a competition within the U20 Development Football League which acts as preparation for the U20 Championship.

Offaly will begin the defence of their Leinster title against Louth in early April. A win for Declan Kelly’s charges would see them progress to a quarter-final meeting with Carlow, with the winner of that tie facing either Kildare or Laois in the semi-finals. Similar to last year, the Leinster U20FC will be played off over four successive Thursday evenings between April 7 and April 28.

Due to the time of year and the necessity for floodlit venues, distance will be a factor in arranging venues. With players of the calibre of Cormac Egan, John Furlong, Tom Hyland, Jamie Guing and Keith O’Neill still eligible for the grade, Offaly will be expected to put up a stout defence of their provincial and All-Ireland crowns.

In the Leinster U20HC, Offaly have a bye into the quarter-final where they will face Kilkenny on Tuesday, April 19 at a venue to be confirmed. Galway await the winner in the semi-final.

The Faithful will warm up for the championship with an away game against Meath this Saturday, February 19 and a home match against Westmeath on Wednesday, March 2 in the Group 1 of the new Leinster U20 Hurling Development League. Each team, regardless of where they finish in their group, will be guaranteed another game against Group 2 opposition (Carlow, Laois or Kildare) on St Patrick’s Day.

Offaly have been drawn in Group 2 of the Leinster MFC where they will host Kildare on Saturday, March 19, travel to Meath on Saturday, April 2 and also travel to Longford on Wednesday, April 20. The team that finishes first in Group 2 qualifies for the semi-finals, with the second-placed team qualifying for the quarter-finals. The third-placed team will qualify for a preliminary quarter-final.

Offaly are in Tier 2 of the Leinster MHC along with Kildare and Laois. Their first fixture in the round-robin series will be away to Kildare on Saturday, March 26. The top team qualifies for the quarter-finals, with the second and third teams qualifying for preliminary quarter-finals. Tier 1 consists of Dublin, Kilkenny and Wexford.

Frequency and routes in Westmeath slammed as just ‘not good enough’